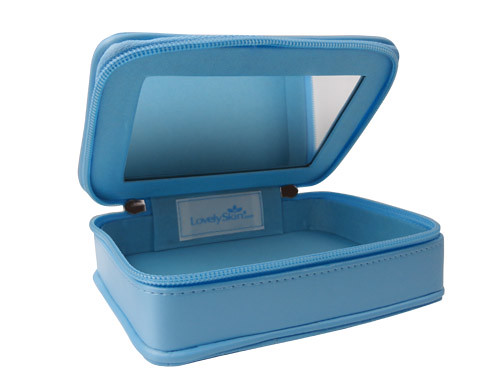 Walnut Creek Elementary School is located in Papillion, Neb. and is home to over 400 students in preschool through sixth grade. Each year, the Parent Teacher Organization (PTO) hosts the Teacher Appreciation Luncheon to honor the hard work and dedication of the school’s faculty and staff. This year, the luncheon will be held on March 15, and to support the PTO and their mission, Joel Schlessinger MD has donated items to be given away during the event.

To learn more about Walnut Creek Elementary or to contact members of the PTO, go to their website.

Skin care products and sets donated by Joel Schlessinger MD will be used as prizes for the teachers.

Dr. Joel Schlessinger has provided free skin care products to be used during the Teacher’s Appreciation Luncheon. The LovelySkin Blue Quilted Cosmetics Case with a built-in mirror can be used to conveniently carry cosmetic and skin care products anywhere. Three of these cases, each valued at $25, will be given away during the luncheon.

Joel Schlessinger MD also donated three of the LovelySkin Spa 7 Piece Gift Sets, valued at $25. These sets contain 7 skin care tools that can be used to exfoliate and polish the body.

As a thank you for his support, Dr. Joel Schlessinger and LovelySkin will be recognized during the event as well as on the Walnut Creek PTO Facebook page.

Joel Schlessinger MD is a proud supporter of many educational institutions.

Dr. Joel Schlessinger continues to donate his time and effort to educational programs across the nation. Whether it is at the elementary or college level, he understands the need for dedicated and enthusiastic educators.

Recently he has donated to the Baylor College of Medicine 1985 Scholarship Fund and has spent time interviewing potential students for Brown University. 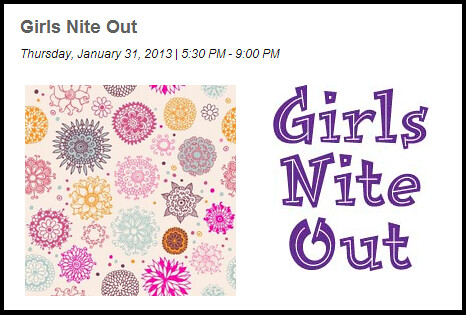 Girls Nite Out is an annual event held to support the work of Girls Incorporated of Omaha. This year, Joel Schlessinger and the LovelySkin.com staff donated 300 EltaMD samples to give out to the attendees.

Girls Nite Out helps support the work of Girls Inc. of Omaha, an organization strongly supported by Joel Schlessinger.

The Girls Nite Out event has been tremendously successful for the past 19 years. This year, the event takes place on January 31 at the Mutual of Omaha Dome. Comedienne Karith Foster, a comedian, TV & radio personality, motivational speaker, actress, author and entrepreneur will be featured during the event. Cocktails, buffet dinner, and a raffle will take place during the event

Corporate tables are available for the event. To reserve yours, contact Jane Allamong at (402) 457 – 4676 or visit this website.

Learn more about Girls Inc., one of the many organizations Joel Schlessinger supports in the Omaha community.

Girls Incorporated of Omaha is a non-profit organization that helps girls overcome certain social, legal and economic barriers that can prevent them from achieving their full potential. Their mission is Inspiring All Girls to be Strong, Smart and Bold! The organization has been in Omaha for over 34 years with two headquarters in North Omaha and South Omaha.

Every year, Girls Inc. serves over a thousand girls in their centers and even more in their outreach programs. Their locations provide age-appropriate programs that are research-based for girls after school and during the summer. These programs are designed to help them become responsible, confident adults that can achieve their full potential.

Joel Schlessinger and his family donate to a number of outreach programs around the Omaha area.

Joel Schlessinger and his family are strong supporters of the Omaha community. They have donated many goods and services to numerous programs for the betterment of our local community. Learn more about some of these efforts here:

Do you have an organization similar to Girls Inc, in your community? Tell us about it in the comments! 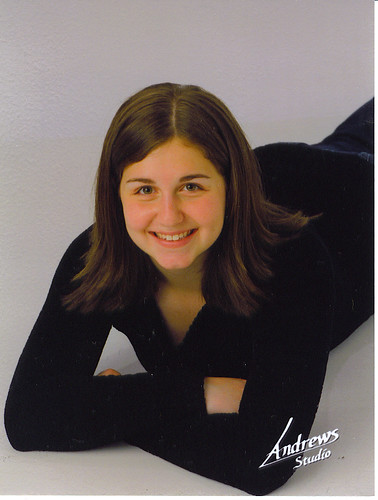 While Joel Schlessinger and his family continue to lend their support for local organizations within Nebraska, they also believe in taking their skills and knowledge to individuals in need all over the world. Currently, Joel Schlessinger’s daughter Claire is in Rwanda working with the peace-building organization Never Again Rwanda (NAR) to inspire youth to work towards change in the region.

Joel Schlessinger and his family support NAR which empowers the youth to help create lasting and sustainable peace.

NAR was founded in response to the 1994 genocide in Rwanda during which hundreds of thousands of individuals lost their lives. Conflicts between the Tutsi and Hutu, two ethnic groups of the region, left the country of Rwanda with a decreased population as well as lingering social and economic problems.

The organization recognizes the power the youth has to rebuild Rwanda and strengthen relationships. NAR is a non-profit organization that uses programs to encourage the young people of Rwanda to become involved in their communities and continuously strive for economic and social development.

Claire, a senior in college, works with NAR to study the causes and reasons behind the conflict as well as how to prevent these events from recurring. The group also studies the issues of human rights, democracy, justice, socio-economic development and peace-building efforts within the area.

Both Joel Schlessinger and his daughter have traveled abroad to help victims of disasters.

Joel Schlessinger, who has traveled to Haiti, understands the importance of dedicating time and effort to those affected by disasters and conflict. “I am so proud of her for following her passion to help others.”

While in Haiti, Joel Schlessinger used his medical training to help individuals who were affected by the 2010 earthquake. Read about his experience in his blog.

Find out more about NAR and its programs by visiting www.NeverAgainRwanda.org. 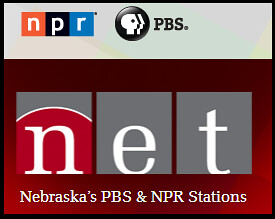 Building a strong community and supporting programs that benefit the people of Nebraska are important to Joel Schlessinger MD. His recent donation to NET Television, Nebraska’s PBS and NPR Stations, goes a long way in developing the communication and connections between the communities of Nebraska.

The mission of NET is to engage the people of Nebraska and to celebrate the diverse cultures and experiences of the state. NET strives for high quality content that encourages service to others to foster diverse and motivated individuals.

NET also sponsors the National Public Radio which brings the latest news and classic music to the community. This station reaches nearly every Nebraskan community to connect individuals and spread information quickly.

As a non-profit organization, NET relies on the support of the community and individuals. The donation made by Joel Schlessinger MD helps Nebraska’s PBS and NPR stations bring educational, entertaining and inspiring content to the community. This donation helps fund programs that celebrate the history and culture of Nebraska including “Standing Bear’s Footsteps” and “Rosenblatt: The Final Inning.”

Joel Schlessinger enjoys donating to many local organizations and institutions such as Completely Kids, Rose Blumkin Jewish Home and Bellevue University. Visit their websites and the NET Nebraska site to support these local programs.