With his recent donation of body wash and lotion samples to the Open Door Mission, Joel Schlessinger helped local families learn about proper skin care. The donated products were handed out during a health fair sponsored by Clarkson College nursing students. During the event, these students educated men, women and children on proper skin care, performed health screenings and provided skin assessments. Each participant received free samples to help them care for their skin.

Founded in 1954, the Open Door Mission is committed to “breaking the cycle of homelessness and poverty.” Its campus offers 816 shelter beds and serves more than 2,000 meals each day to men, women and children. With help from donations like Joel Schlessinger’s, the organization continues to provide these basic needs as well as long-term solutions to help people living in poverty. Each life-changing program prepares participants with the necessary tools to help them become self-sufficient members of the community.

To learn more about the Open Door Mission or to make a donation to their cause, visit the mission’s website.

Joel Schlessinger and his family donate to several outreach programs in the Omaha area.

As strong supporters of the Omaha community, Joel Schlessinger and his family have donated countless goods and services to local programs and charities. Learn more about a few of these contributions here:

Does your community have an organization like the Open Door Mission? Share your story with us in the comments. 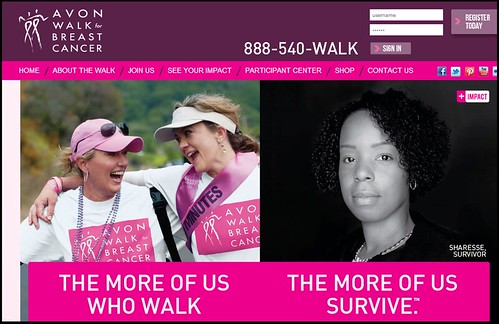 With his recent donation, Joel Schlessinger MD shows his support for breast cancer awareness. His donation to the 2013 Avon Walk for Breast Cancer will help patients and their families gain access to the care they need and bring the foundation closer to finding a cure for breast cancer.

Started by the Avon Foundation for Women in 2003, the Avon Walk for Breast Cancer is a national series of weekend fundraising events. The event, held in 8 cities across the country every year, includes a 39-mile walk to raise awareness for breast cancer research. Since its inception, participants have walked 5,261,811 miles – enough to circle the globe more than 201 times.

The donation made by Joel Schlessinger MD supports the Avon Foundation for Women.

The Avon Foundation for Women is dedicated to improving the lives of women and their families. Aside from working to impact breast cancer research and easy access to care, this foundation is dedicated to domestic violence education, prevention and victim services. The annual breast cancer walk is just one way the Avon Foundation for Women makes a difference.

The Avon Foundation for Women’s mission is important to Joel Schlessinger MD.

As a husband and a father, Joel Schlessinger MD supports the foundation’s mission to assist women and their families. He and his family have supported and participated in different fundraising races for several years. Joel Schlessinger MD’s e-commerce site, LovelySkin.com, also sells products with the pink ribbon during Breast Cancer Awareness Month, where cosmeceutical brands donate a percentage of their profits to fund further research.

For more information about the Avon Walk for Breast Cancer or to donate to the cause, visit the foundation’s website.

Have you or someone you love participated in the Avon Walk for Breast Cancer? Share your story with us in the comments.

Monetary donations to the Northwestern University Dance Marathon are distributed to the beneficiaries of this year’s event, the Daddy Did Foundation and the Evanston Community Foundation. Joel Schlessinger MD made a donation to support the mission of this fundraiser, organized by students of Northwestern University, where his son Daniel Schlessinger is currently a student in the 7-year combination undergraduate/medical program.

The donation made by Joel Schlessinger MD will help promote epilepsy awareness and the improvement of Evanston.

Northwestern University Dance Marathon is one of the largest student-run philanthropies in the nation and has raised more than $13 million for over 30 different beneficiaries since its founding in 1975. This year, the dance marathon partnered with the Danny Did Foundation and the Evanston Community Foundation as its primary and secondary beneficiaries.

The Danny Did Foundation was created by the parents of Danny Stanton, who died in his sleep at the age of 4 due to Sudden Unexpected Death in Epilepsy (SUDEP). SUDEP affects nearly three million Americans and 50 million people worldwide, but is not well understood. It is the goal of this organization to bring awareness to the issue of epilepsy and mainstream seizure detection and prediction devices.

The Evanston Community Foundation is dedicated to enriching Evanston and the lives of its people, now and in the future through endowments, grant-making and leadership in community issues. Northwestern University Dance Marathon chose to partner with this foundation as it’s the location of the university’s campus and a large support system to the institution and its students.

During the dance marathon, which takes place on March 8-10, 2013, participating students will be dancing for 30 straight hours as they raise money and awareness. If you would like to submit a monetary donation or learn more about this event, visit the Northwestern University Dance Marathon website.

Improving education programs and supporting philanthropies across the country is important to Dr. Joel Schlessinger. This specific mission not only benefits Northwestern University, but the lives of those affected by epilepsy.

In the past, Joel Schlessinger MD has supported educational institutions including Baylor College, Bellevue University and Brown University.