Joel Schlessinger donates to Louder Than a Bomb: Omaha, a teen poetry festival 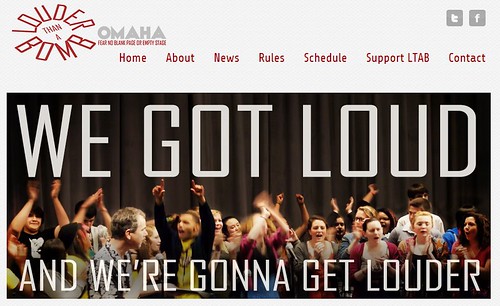 Joel Schlessinger recently made a donation to support Louder Than a Bomb: Omaha, a teen poetry festival to be held in the metro from March 18 through April 12. This literacy event focuses on self-expression and community building through poetry, storytelling and hip-hop spoken word.

The donation made by Joel Schlessinger will help Louder Than a Bomb: Omaha expand to reach more students.

Founded in 2001 by Young Chicago Authors, Louder Than a Bomb gained attention as the inspiration for a critically acclaimed documentary. Last year, the event expanded to Omaha, bringing teams of students from 12 Nebraska high schools together for a series of workshops that focused on the creation and performance of original work. The festival’s final tournament, held at Creighton University’s Harper Center Auditorium, attracted more than 500 people.

This year’s event, organized by the Nebraska Writers Collective, film director Greg Jacobs and Young Chicago Authors, will continue its mission of “bringing teens together across racial, gang and socioeconomic lines.”

Joel Schlessinger’s donation will help Louder Than a Bomb: Omaha expand to connect more students with qualified teachers and artists. For more information on this festival or to donate to the cause, visit the organization’s website.

Joel Schlessinger and his family continue to support a number of arts organizations in the Omaha area.

As long-time supporters of local arts, Joel Schlessinger and his family regularly donate to organizations, programs and performing groups from around the metro. Some of these organizations include:

Are you a strong supporter of the arts? Tell us about your recent contributions in the comments.