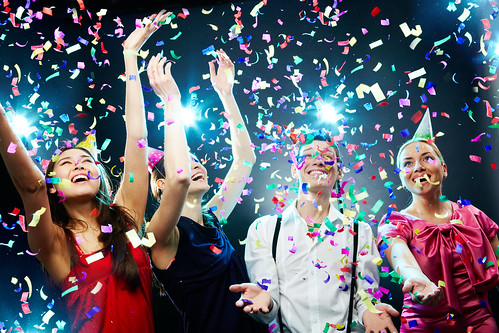 Prom is a milestone event in any high school student’s career. While schools strive to put on a fun event with great music and dancing, many schools are also looking for ways to provide safe activities after the dance is over. After parties give students a fun and safe environment to enjoy and Joel Schlessinger has chosen to help DC West Community Schools put on their after prom party this year.

The donation from Joel Schlessinger will support the after prom party on April 18.

DC West High School will be holding their dance and post-prom party on Saturday, April 18. The event is open to all seniors and juniors at DC West High School, which is located in Valley, NE. Following the dance, all students are invited to the Post-Prom Party organized by parents and volunteers.

The goal of the event is to provide a safe environment where students can continue to enjoy their night. The event will be held at the VFW and all students who attended prom are welcome to attend. To help put on this event, parents are asking for donations of time, food, auction items and money.

Auction items have been donated by supporters such as Joel Schlessinger.

This year’s party will include a meal with soups and desserts as well as an auction. Not only will students have a hot meal after the dance, they will also have the chance to win prizes that have been donated by members of the community such as Joel Schlessinger.