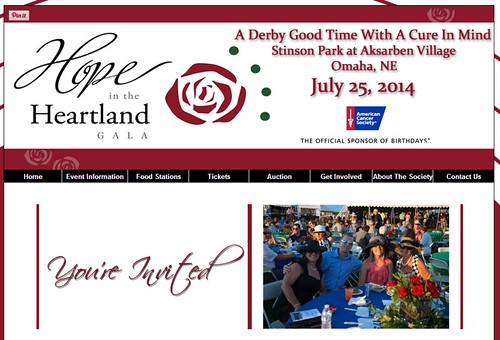 In support of the American Cancer Society’s mission to create a world with more cancer survivors, Joel Schlessinger MD recently donated a SilkPeel to be used during the silent auction of the Hope in the Heartland Gala. This event helps raise money for the ACS to continue their research and lead the fight to end cancer.

This year, the ACS of Omaha held the third annual Hope in the Heartland Gala to unite local leaders and business owners in the fight against cancer. The event included live music, silent and live auctions, and a dinner. All of the proceeds from the event went toward the local ACS to keep community programs running.

For the silent auction, Joel Schlessinger MD donated a SilkPeel treatment from the LovelySkin Spa. Donations such as this raise money for the organization so they can continue research and community outreach.

Donations from people such as Joel Schlessinger MD help raise money for this nationally recognized organization.

ASC is a community-based organization that is dedicated to research, education, advocacy and service. The organization runs several community programs including a 24-hour call center that provides information and support for those suffering from cancer as well as their families and friends.

This nonprofit organization is also dedicated to providing information on how to reduce the risk of cancer and encouraging individuals to utilize early detection methods. With hundreds of events held nationwide, the ACS unites volunteers and survivors to raise awareness and education about cancer.

Joel Schlessinger MD has supported many organizations dedicated to cancer research including Kicks for a Cure and the Avon Walk for Breast Cancer.